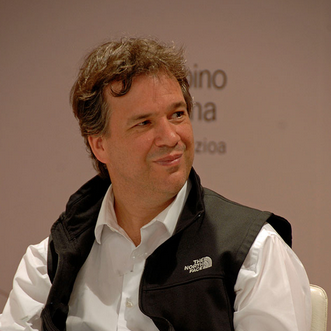 Courtesy of the Center for Basque Studies

The lectures will be offered face-to-face and via Zoom and are free. Masks will be required. For Zoom links, contact Prof. Nere Lete at nlete@boisestate.edu.

The first lecture is “Confronting Trauma: Writing about Gernika” on Friday, Feb. 25 at 12 noon in the Bishop Barnwell Room in the Student Union of Boise State, 1700 W. University Dr. Prof. Irujo has written two recent books about Gernika: “Gernika, 1937: Market Day Massacre” and “Gernika: Genealogy of a Lie.”

The next lecture, “Writing Historical Fiction,” is on Monday, Feb. 28 at 6 p.m. in Rm. 213 in the Interactive Learning Center, also on the Boise State campus.

A third lecture, “An Idahoan Named Egurtxiki: The Man who Learnt Euskara to write about the Bombing of Gernika” is being held at the Basque Museum at 611 W. Grove St. on Thursday, March 3, 6 – 8 p.m. William Smallwood “Egurtxiki” conducted more than one hundred clandestine interviews among survivors of the bombing of Gernika in the spring of 1972 and wrote one of the best books on the bombing, “The Day Guernica Was Bombed: A Story told by Witnesses and Survivors.” He passed away last December in Arizona. To buy the book through Amazon, click here.

The Eloise Garmendia Bieter Chair in Basque Studies was created through an agreement between Boise State and the Etxepare Basque Institute of the Basque Government in July 2015, according to a news report from Boise State’s Dept. of World Languages. A professor is invited to teach graduate students, with the aim of increasing the study and research of issue related to Basque language and culture. This is one of several chairs of Basque Studies maintained by the Etxepare Institute around the world.

The chair is named in honor of Eloise Garmendia Bieter. Eloise Garmendia was born in Boise in 1925 to immigrant parents from the Basque Country and remained active in the Basque community throughout her life, as did her husband, Pat Bieter, a former Boise State professor and Basque convert.

In 1974, the Bieter family led the drive to launch a study abroad program connecting Boise State to the town of Oñati in the Basque Country. Eloise and Pat Bieter passed away in 1999, but the Bieter-Boise Basque ties remain strong.

This chair strengthens the academic presence of Basque culture at the university and Treasure Valley community. A scholar is invited to Boise State to teach a course to graduate students, with a stay that ranges from a few weeks to a few months. The first chair was Basque scholar Iñaki Goirizelaia, who previously served as the president of the University of the Basque Country. He taught in Boise in 2017.