A Basque-American’s journey to learn Euskara 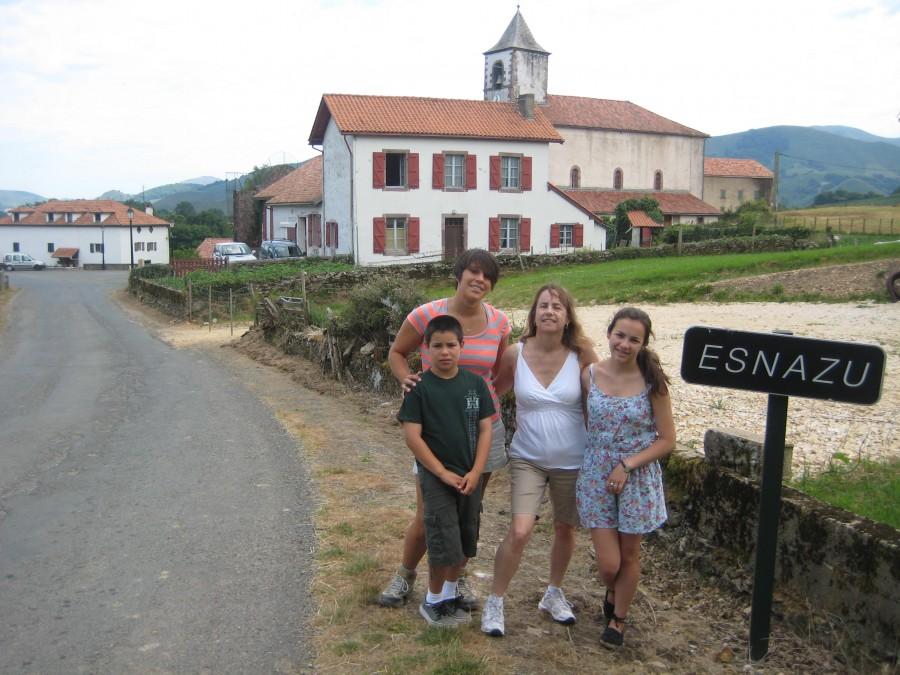 My family visited my father's hometown of Esnazu in 2011.

Learning Basque or Euskara has been on my bucket list for most of my life. I already speak three languages fluently: English, Spanish and French. So despite my heavy involvement in the Basque community, I have never needed to learn Euskara because I can communicate in one of those languages with almost every Basque person I have ever met. So necessity – the mother of invention – has not compelled me to learn it. However, my love for the culture, plus my heritage, drives my desire to learn this ancient language. Some of you may have the same reasons for wanting to learn it. I hope you will join me on my quest.

My father inspired me

My father, Jean Baptiste Zubiri, came from a tiny town, Esnazu, on the French side of the border between France and Spain. The French side is called Iparralde in Basque – the North side. (The Spanish side, or south side, is Hegoalde.) Like many of his compatriots who also immigrated to the U.S., my father grew up in a large farming family. There were 10 children and they were poor. They spoke Euskara at home. He walked to the local school and learned to read, write and do math in French. He often told us the story of having to sit on the bench during recess for 40 days because the teacher caught him speaking Basque. Since he was born in 1910, this probably occurred sometime between 1915 and 1923. Most of the oppression against Basques that is frequently referred to in history books took place in Hegoalde, but it occurred in Iparralde too.

Buy this on Amazon

My father attended the local school until it ended at eighth grade, then went to work full time on the family farm. He came to the U.S. in 1928, at the age of 18, and he worked for many years as a sheepherder. He spoke English well. He was exposed to Spanish most of his life – Spain was walking distance from his family’s home, and in the U.S., he interacted with Spanish Basques, Mexicans and other Spanish-speakers. He met my mom, who was from Peru, in San Francisco in 1958, and they were married. They spoke Spanish together. That was the language I learned at home.

From Amazon: “Notre Dame
de Paris” by Victor Hugo
is better known as “The
Hunchback of Notre Dame”

It always amazed me that my father, who only had an 8th grade education, spoke four languages fluently. He continued to speak Euskara in the U.S. with his brothers and sisters and Basque friends. French was his weakest language, since he rarely spoke it after he left France. Yet, I remember bringing home a copy of the thick classic French novel “Notre Dame de Paris” by Victor Hugo, after studying in France for six months. My father, retired, and with plenty of time on his hands, picked it up and read it. I, on the other hand, never did read it.

I am older now, my career is established, and my children are almost grown. The memory of my polyglot father looms in my mind, and it reminds me that it’s time to learn Euskara.