A Basque in the Big Apple finds Txikito 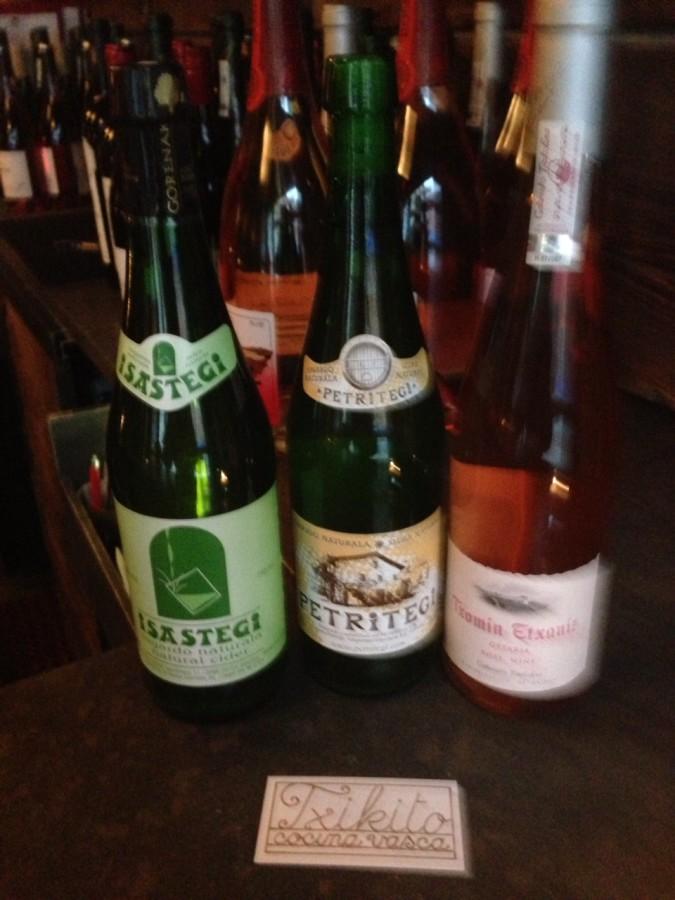 So I am here in New York searching out some new wine deals and from one of my new wine contacts I get a hot tip on a Basque restaurant in Chelsea. A few trains uptown and across, I walk into Txikito, owned and run by Basques, at 240 Ninth Ave. ( New York, 10001, (212) 242-4730), which has an impressive line up of sagardoas from Euskadi, txakolinas, some with names I have never heard of, aside from the ubiquitous “Amestoi” we find more of on the West Coast. They even had magnum (1.75 ml.) bottles of some Rose Txakolina, (priced at $150.00, you better bring a party of lagunak with cash) and a host of some serious wines from all over Euskal Herria, particularly Rioja, Rioja Alavesa and Navarra. A wine list you would expect to find in Donostia (San Sebastian) at your favorite taberna.

Just before getting there, I had stumbled across a block in Soho, blessed with a few Spanish tapas bars and a paella restaurant on Mulberry. Having not had lunch yet, I found myself gorging on a bocadillo followed by some churros and chocolate and then washed down with an ice cold horchata de chufa. I was as full as a party animal in Pamplona during the San Fermines! However, at Txikito, I had to at least have a “Marijuli” (banderilla) of guindilla pepper, tomato, jamon and anchovy to accompany my list of “must try” ciders, txakolis and wines.

An interesting treat they have that of course I had to try: not being a West Coast jatetxea, they don’t know what Picon is but they do have a light, refreshing, “Zugarrapote” which is an iced cocktail made with a red wine dry fruit-infused base, lemon-garnished cooler. Nice, but in no way the knock-out aperitif of the Basque dinner houses of the west! This is definitely a place to check out when in NYC.