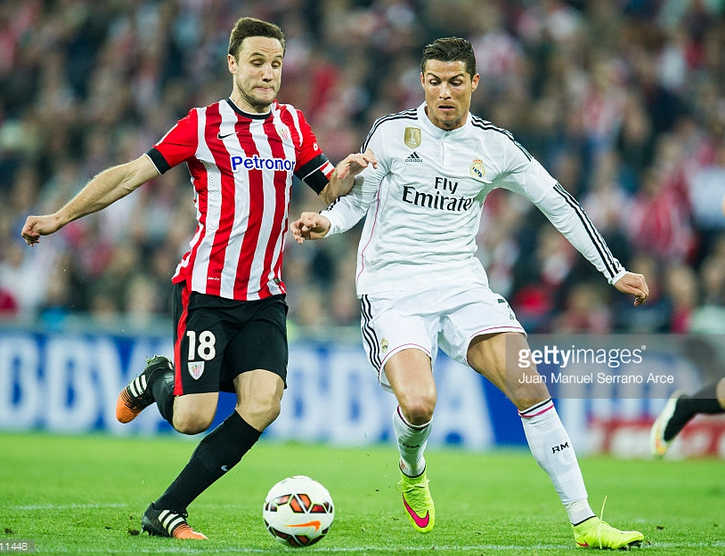 The Basque team Athletic Bilbao beat Real Madrid 1-0 today (March 7) in a match-up at the new San Mames stadium. The only goal was a header from striker Aritz Aduriz during the first half.

More than 52,000 spectators watched the game at the state-of-the-art stadium, completed in September 2013.

Real took control during second half, but still struggled to gain an advantage over Athletic. Aduriz aimed a second header into the goal, but it landed outside. Real’s Gareth Bale aimed a long shot in a last-minute desperate effort, but it hit the post.

Aduriz is possibly the number one in header goals in Europe’s top five soccer leagues.

According to ESPNFC, the win was the end of a dream week for Athletic. The Basque team was giddy with excitement after qualifying for the Copa del Rey final after a victory over Espanyol on Wednesday. Athletic also moved to 8th place in La Liga, whereas Real may lose its top position if Barcelona wins its game tomorrow.

Interestingly, the only change that Real Madrid coach made for the game was to put in Basque player Asier Illaramendi, according to ESPNFC’s game report.

Only Basque players play for Athletic. According to Wikipedia: “Athletic official policy is signing professional players native to or trained in football in the greater Basque Country, including Biscay, Gipuzkoa, Álava and Navarre (in Spain); and Labourd, Soule and Lower Navarre (in France). Since its foundation, Athletic has played exclusively with Basque players, and has been one of the most successful teams of La Liga.”

The soccer site, Bleacher Report, qualified the game among the top 10 international soccer events for the weekend of March 7-8.

Watch a great video about the new stadium.

18 goals made by Aritz Aduriz