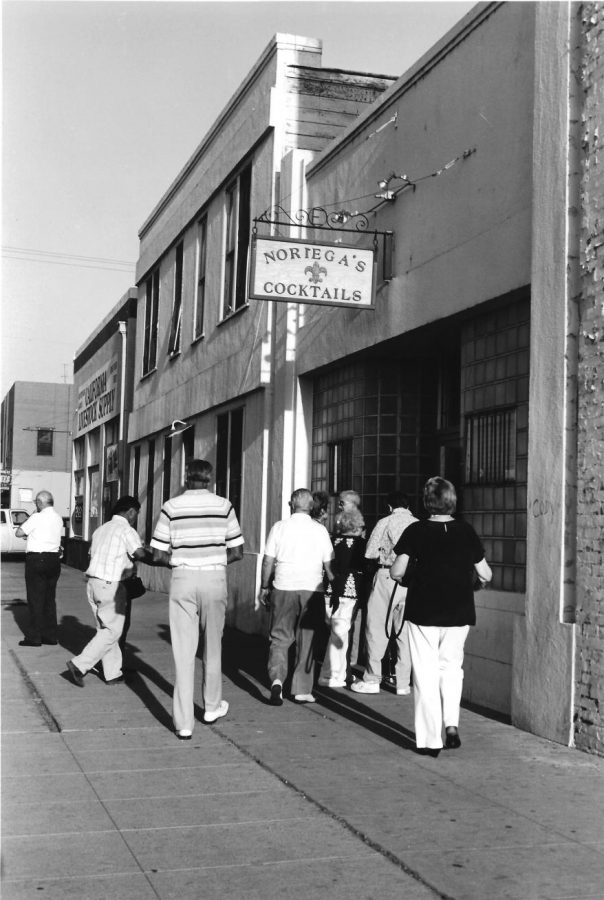 A crowd rushes to make the evening dinner serving at Noriega's.

Noriega Hotel, a Basque cultural landmark in the West, has received the prestigious James Beard Foundation’s American Classics Award, which is bestowed annually upon a select group of restaurants.

“The America’s Classics award is given to restaurants with timeless appeal [and] beloved for quality food that reflects the character of their community,” the foundation said in a statement announcing this year’s five honorees.

Noriega Hotel has been a Bakersfield institution for decades. A former Basque boardinghouse, the restaurant and bar are housed in the historic building that used to be the Iberia. It was built in 1873.

The restaurant has a fronton, or handball court, where crowds once gathered to watch action-packed pelota matches between some of the sport’s top athletes. The court has been standing since around 1928. The Elizalde family has been running the hotel since 1931.

The honorees will be celebrated at a ceremony Monday May 9 at the Lincoln Center’s Avery Fisher Hall in New York City. The other restaurants are Chef Vola’s in Atlantic City, NJ; Watts Tea Shop in Milwaukee, WI; Le Veau d’Or in New York and Crook’s Corner in Chapel Hill, NC.