Basque Cultural Center Board Aims to Bring in New Directors 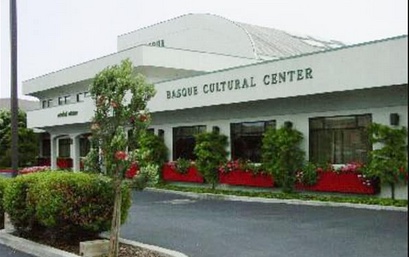 The directors of the Basque Cultural Center in South San Francisco are eager to recruit directors with fresh ideas and recently passed a rule to encourage new candidates to run for the board. Some of the directors have been part of the leadership of the center since it first opened in 1982.

“It’s time for other people to come in,” said Graxian Goyhenetche, who has done several stints on the board of directors over the years and is currently stepping down. The elections for the board of directors will take place at the general membership meeting on Sunday, June 13 at 10 a.m. (Votes can be submitted by mail, and this year for the first time, they can also be submitted by email.)

In April, the board of directors passed a new rule requiring board members to step down for at least one year after serving two terms. Board members are selected for three-year terms.

The change was proposed after a review of BCC elections over the center’s last 20 years showed that only three newcomers had ever successfully beaten an incumbent for a seat on the board. The bias in favor of incumbents convinced four incumbents in the next election not to run again, even though the new law doesn’t apply to them. The fear of losing has probably discouraged newcomers over the years, admits Election Committee chair Joe Goyhenetche.

The goal is ultimately to strengthen the leadership of the cultural center. They hope to get younger people and people with different interests.

“We need people who really believe in our culture,” said Goyhenetche. “We are a unique group.”

The Basque Cultural Center is home to a popular Basque restaurant, a successful banquet hall that hosts weddings and other celebrations and a professional handball court. It also hosts many Basque cultural events and activities, although naturally, many of these were limited during the past year due to Covid-19.

The cultural center was a dream of the San Francisco Basque community for many years and was constructed with the help of many members. Individuals in the community also financed most of the center in the form of small loans which were all paid back. With the exception of the difficulties of the past year, the center has experienced financial success.

Many of those original members, most immigrants from the Basque Country, have passed away and the membership has gotten older. Joe Goyhenetche notes that the Basque community is changing, as more Basque-Americans move away from the expensive Bay Area.

“It was stronger in the 80s and 90s,” said Joe Goyhenetche. “We don’t have the young families like we used to.” However, the center is currently holding a membership drive during 2021 to raise funds, and a surge of new members has raised the membership to a high of 560.

The directors who are stepping down made a point of reaching out to members to find willing candidates. Graxian Goyhenetche said he specifically made an effort to recruit women, since only 3 of the 15-member board are women. Joe Goyhenetche said their efforts were successful and they have new candidates for each of the four open spots. The deadline to run in the election has already passed.

Directors must attend the monthly meetings, in person or on zoom, join one of the center’s committees, and help with the annual functions, especially the two big cultural celebrations – the anniversary celebration in mid-February and the one in August. “The more you do, the more you get out of it,” said Joe Goyenetche. In 2019, the directors manned a table in the center’s lobby during the February celebration, and the biggest reaction from members was appreciation for reaching out.

The members stepping down are Goyhenetche, Leon Sorhondo, Xabier Berrueta and Aitor Berrueta. When the directors discussed adoption of the new rule, they acknowledged that the experience directors bring to the board is important and that some institutional memory will be lost. Former directors, however, are eligible to reapply for the board after a one-year hiatus.

“Just because I’m stepping down doesn’t mean I’m walking away,” said Xabier Berrueta, noting that he will still stay heavily involved in the center. He would also like to see more members participate in the center’s committees, which report to the board of directors.

For information about becoming a member of the Basque Cultural Center and to learn about the current discounts, click here.