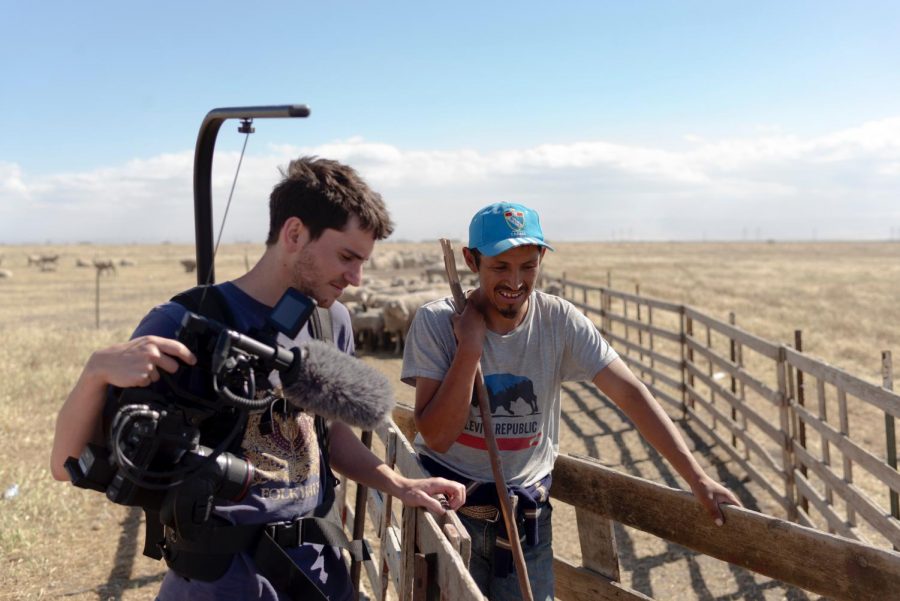 A wonderful short 20-minute film “The Eighth Province” about Bakersfield’s Basque community and the sheep industry can currently be viewed for free online through the Smithsonian’s Mother Tongue Film Festival until the end of April. The film is the work of Kyle Baker, a young filmmaker from Agoura Hills, Calif.
Click here to go to the Smithsonian film festival, then scroll down to the list of “Short Films” to find “The Eighth Province.

“I knew I wanted to make a film about the Basque culture,” said Baker, who was first exposed to the culture when he went to work for the Smithsonian record label Folkways in Washington DC as a sound engineer. His interest in the Basques grew the more he learned, especially as he saw how involved they were in the history of California. “I was 20 before I learned Agoura Hills was named for a Basque sheepherder (Pierre Agoure who had a 16,000-acre sheep ranch in the area).”

Baker received his Master’s in Fine Arts in social documentation from UC Santa Cruz. He is currently living in Santa Cruz.

“The film was the product of a bunch of research I had been doing the past few years,” said Baker, noting that “The Eighth Province” was his master’s thesis project. It focuses on the Basque immigrants in Bakersfield, the richness of their cultural traditions, especially music, and the difficulties in maintaining the culture with the newer generation.

The film was also part of the San Francisco Independent Short Film Festival in Oct. 2020.