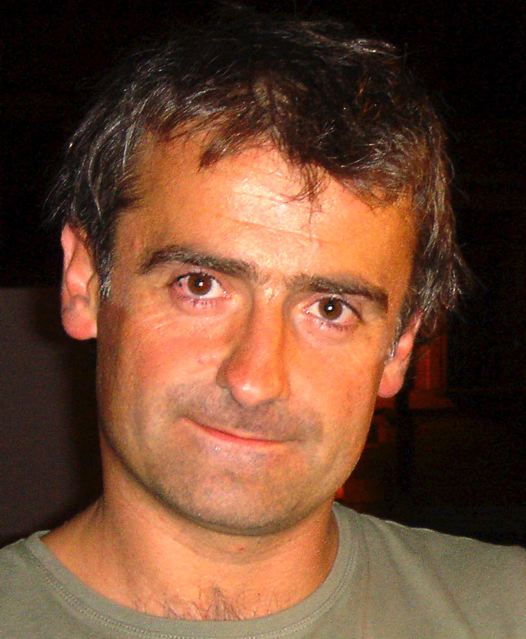 Basque filmmaker Asier Altuna has always been moved by the emotion of a bertsolaritza. As the singers compete against each other with their poetic, extemporaneous verses, people in the audience always break down and cry, he says.

The experience of seeing grown men and women in tears has inspired Altuna to produce a documentary about bertsolaritza, an art form that dates back hundreds of years to the villages of the Basque Country.

“Very rarely, especially with the men, do we cry in this country, even less so when we are in public,” Altuna told Euskal Kazeta in a recent interview. “Sometimes we cry at a movie. But we always cry at the end of a bertsolaritza. I think this is a good reason to dedicate my time to the project.”

In the Basque language of Euskera, these oral compositions are known as bertsos, each of which are sung by a competitor called a bertsolari. The singers are each given different topics and then have to quickly belt out an improvised poem. The Basque txapela, or championship, typically attracts thousands of spectators.

Altuna launched his project in November 2009. The screenwriter and director is part of a vibrant filmmaker community in the Basque Country. His Txintxua Films production company is in Donostia, home to the popular San Sebastian Film Festival.

Working with Altuna on the project are director of photography Gaizka Bourgeaud and producer Marian Fernández.

The trio has created a 12-minute pilot in Euskera, with English and Spanish subtitles, to preview their documentary. The Txintxua team is using the short film to attract financing to finish the project, Fernández said.

The goal, she says, is to work on an intense production schedule from April to June of this year, with the project completed in December.

In his pilot, Altuna features footage of Egaña and Lujanbio as he takes his viewers inside the mindset of the bertsolari and explains the complex, creative process.

Egaña notes how the bertsolari has to react and think quickly as he constructs his composition word by word and thought by thought — all at the spur of the moment. “You have a lot of whirls in your head,” he says.

The process is counterintuitive, he explains, because the bertsolari works from the end to the beginning of the improvised verses.

“But for the audience, the process is the contrary. They listen to the verse from the start,” Egaña says.

A bertsolari has to juggle a variety of artistic tasks. As Altuna shows in his pilot, berstolariak manage melody, rhyme and multiple poetic structures — all while trying to best their competitors.

Given the breadth and complexity of this historic Basque art form, it is not surprising that Altuna says he was intimidated when he began his project.

“But as I began to immerse myself into the bertsolaritza, I wasn’t afraid,” he says. “I feel confident that this documentary is going to be a marvelous experience.”