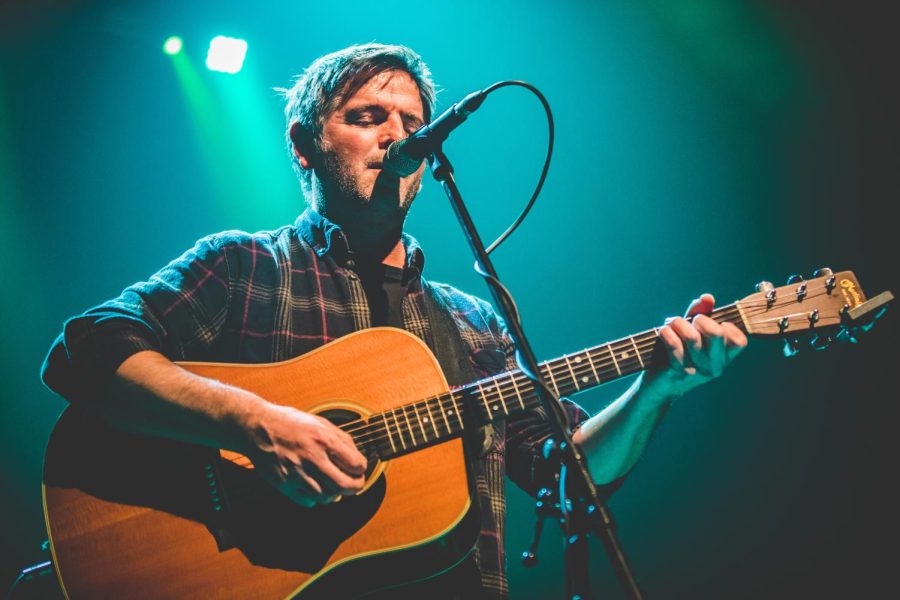 In honor of his 25 years as a musician, Basque folk singer Mikel Urdangarin announced a “25 Tour,” a worldwide expedition in pursuit of one of his oldest dreams: sharing his music beyond Basque borders. The Basque folk singer is planning three concerts on the West Coast later this month, in San Francisco and Bakersfield, California.

Urdangarin sings in the Basque language of Euskara. He has been one of the more prolific of the new generation of Basque singer-songwriters who followed in the wake of singers like Mikel Laboa and Xabier Lete who helped launch a Basque musical renewal movement in the 1960s.  He has released 18 albums since 1997 and is on the verge of releasing his 19th.

Urdangarin will play in South San Francisco on Wednesday, May 25 at the Basque Cultural Center, then will give two concerts in Bakersfield. On Friday evening May 27, he will play at the Dore Theater at Cal State University Bakersfield and the following afternoon he will play at the Kern County Basque Club as part of the Basque festival. He will play with three longtime band members, Rafa Rueda (guitar and electric guitar), Jon Cañaveras (bass) and Ander Hurtado de Saratxo (percussion).  All the concerts are free.

“It’s a huge honor that he’s coming to Bakersfield,” said Louis Iturriria, president of the Kern County Basque Club. “We’re lucky to have him.” Urdangarin’s visit to California is partially supported by the provincial government of Bizkaia. He is originally from Amorebieta, Bizkaia.

Urdangarin works closely with Basque poet Kirmen Uribe, who has written some songs for him. He is a socially conscious singer, addressing some of the social and political issues of the Basque Country in his songs.

As part of the 25 Tour, he performed two concerts earlier this month in New York City, one at the Jalopy Theater in Brooklyn May 5 and on May 8, he played at the  St. Clements Theater in Manhattan. He continues to play numerous concerts in the Basque Country.

One of his songs in karaoke form, with the words, so you can sing along.

Urdangarin at a recent concert