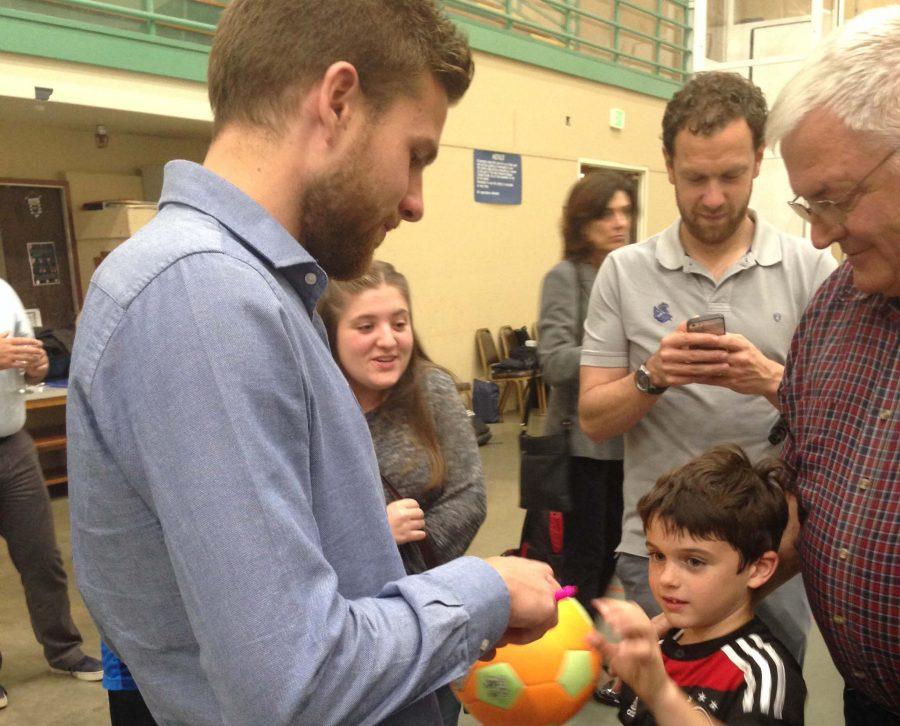 Two Basque soccer teams, Real Sociedad and Sociedad Deportiva Eibar, just ended visits to the U.S. as part of La Liga World, a campaign to raise their visibility, fulfilling efforts by Spain’s soccer league to promote its teams outside of the country. Some of the most meaningful interchanges occurred as the players met with members of the local Basque communities.

Real Sociedad spent the first week of its tour in the San Francisco Bay Area. On Tuesday May 17, a small delegation of Real Sociedad players — the Basque members of the team — were welcomed by the local Basque community with a special reception at the Basque Cultural Center.

The Basque team members played some pelota in the Center’s fronton, signed autographs for members, and gifted the center with a team jersey, according to Bay Area sports journalist Ryan Maquinana, who described the interchange between the two groups as “pretty cool.”

Maquinana, a local sports columnist who is part Basque, helped coordinate a tv interview with Comcast Sports Network Bay Area, during the team’s visit. During the interview, player Xabi Prieto talked about how proud he felt to see the Basque flag flying at the center, so far from home.

Real Sociedad played friendly games against the San Jose Earthquakes in the Bay Area and the Houston Dynamo in Texas.

SD Eibar traveled first to Philadelphia to play the Philadelphia Fury, then traveled to Las Vegas, where they played the New York Cosmos. In Las Vegas, SD Eibar players met with members of the Las Vegas Basque Club.

SD Eibar was in La Liga’s second division for many years but the small team was promoted to the First Division in 2014.