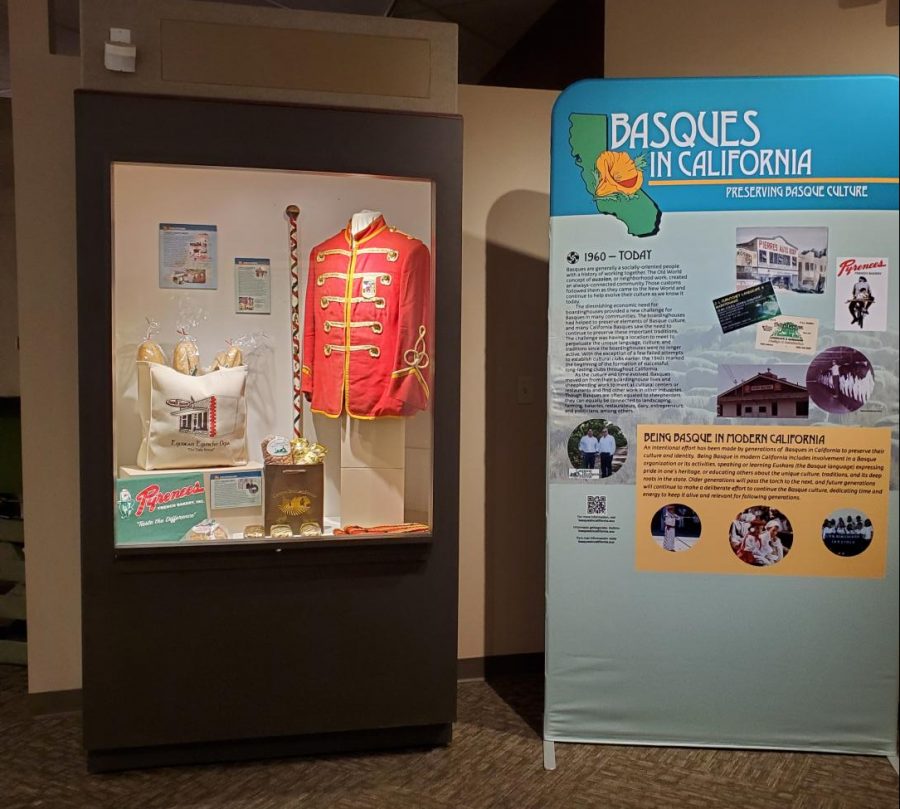 The Basques in California Exhibit in Boise's Basque Museum

“Basques in California’ is a new exhibit at the Basque Museum in Boise, Idaho that highlights the contribution of Basques to the history of the Golden State. The exhibit opened July 14. The exhibit will likely continue through 2022.

“What surprises people most is the depth of Basque history in California and how far back it goes,” said Amanda Bielmann, the museum’s curator of collections and exhibitions. The exhibit includes informational fabric panels, many artifacts, including several from the Basques’ boardinghouse and sheepherding experiences, and two videos.

The Basques have participated in California as far back as the 1500s, when they were part of the early exploration of the territory. During the early era, they played many roles, including soldiers, sailors missionaries, governors, early settlers and ranchers. After the Gold Rush of 1848, they came in greater numbers, but found sheep and cattle ranching more rewarding than seeking gold. Many of the Basques from that era sailed north from South America, where they had already settled.

From the late 1800s through to the 1960s, immigration from the Basque Country to California was a steady flow, mostly due to poverty. The majority of the male immigrants first herded sheep before moving into other jobs, many of them in ranching and agriculture. Boardinghouses opened to house and support the Basques in communities with bigger populations such as Los Angeles, San Francisco, Stockton, Bakersfield and Fresno. A majority of the Basques who came to California were from the provinces of Nafarroa and Baxe-Nafarroa, on both sides of the Spanish-French border.

Top Seven Books to Read about the Basques

A website in English was created to accompany the exhibit and it looks at the history of the Basques in California in detail. Some of the topics include:
Two Early Basque Towns: Los Angeles and San Francisco
Life in the Boardinghouses
Early Basque pioneers in California

The Basque Museum was closed at the end of March due to coronavirus restrictions. The museum reopened in mid-July with this exhibit. Some restrictions are still in place. Visitors to the museum on the Basque Block are required to wear masks. Only small groups, with a maximum of 25 daily visitors, are allowed. The museum’s boardinghouse next door, along with the handball fronton, are temporarily closed.

They hope to hold more presentations on the exhibit during Jaialdi, which is currently planned for summer 2022. The exhibit is partially sponsored by the Basque Government in Euskadi and the North American Basque Organizations.