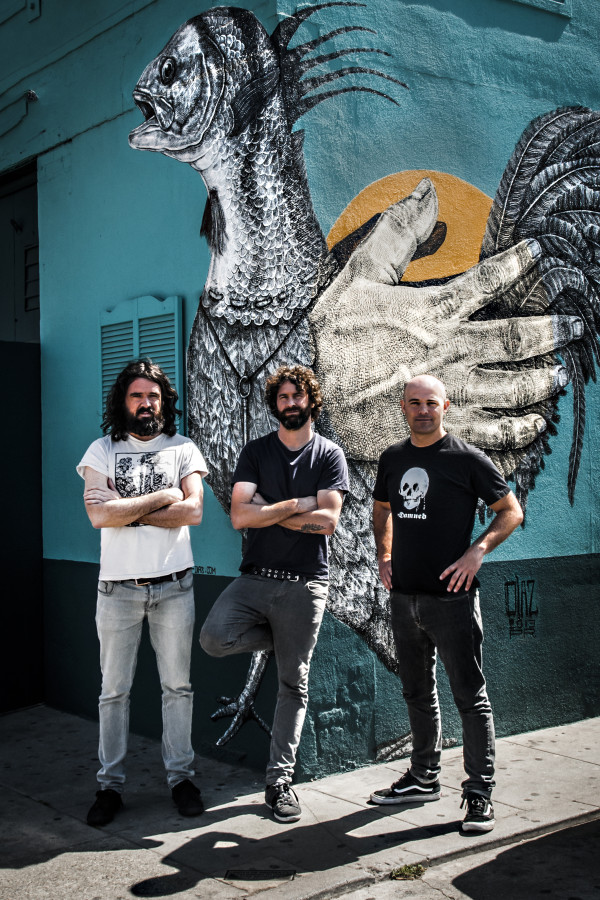 Berri Txarrak, the popular hard rock band from Lekunberri, Nafarroa has just released the first song from their upcoming album.

‘Etsia’, produced by Ross Robinson (The Cure, At The Drive-In…) was recorded by the Basque power trio in Venice, Calif. this past April. The trio consists of Gorka Urbizu, lead singer, David Gonzalez on bass and Galder Izagirre on drums.

Their much anticipated new album — their eighth — is expected in late 2014.

This is the second album they have produced with Robinson. The first was “Haria.” The group toured the West Coast and New York City in April, playing many of the songs from that album.

Their music is extremely popular, despite of, or perhaps because of the fact that it is in Euskera, a language spoken by less than 1 million people. “That’s the power of the music,” Urbizu says. “It can transcend any barrier.”