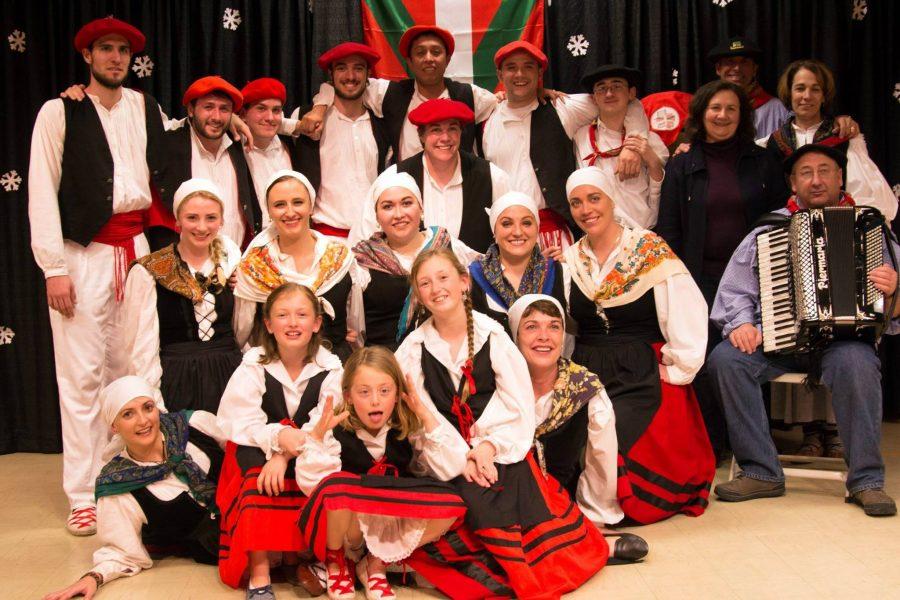 The 2016 Folklife Festival will take place Wednesday, June 29, through Monday, July 4, and Thursday, July 7, through Sunday, July 10. Various Basque folk dance groups from across the United States were invited to participate during both weekends; however, because the Smithsonian does not provide the groups with any funding, it is an out-of-pocket cost for groups and individual dancers. Basque government agencies have told the groups they will likely give some money towards their expenses, however, the South San Francisco Basque Cultural Center is still anticipating a budget of $1,000 per dancer.

SEE ALL EK’S STORIES ON THE SMITHSONIAN FOLKLIFE FESTIVAL

Several dance groups have organized large events in order to raise money to partially subsidize hotel, flight, and meal costs. Gauden Bat held its annual Reverse Drawing dinner on April 17 and raised $6,000. The KCBC is also hosted a Reverse Drawing event on June 11, where participants purchased a $75 ticket and received cocktails and dinner and a chance to win awards. All proceeds went go towards the group’s funds for the Folklife Festival. The KCBC described the festival as a once-in-a-lifetime opportunity “to share our culture with the global community,” and to “preserv[e] and promot[e] our Basque heritage.”

San Francisco’s Zazpiak Bat dance group intertwined fundraising with its annual Basque Picnic on June 5. In addition to its yearly raffle, the group held an auction and gift basket lottery, the proceeds of which went towards the group’s Folklife Festival budget. Similarly to Zazpiak Bat, Utah’s Utah’ko Triskalariak has come up with creative methods to raise money. The group is currently selling homemade wine bottle planters, ranging from $7-$25, that can be shipped, home delivered to Salt Lake City, or picked up at the Basque Picnic on June 26. To support the group and purchase a planter, click the form here.

Boise’s Oinkari dancers sponsored a 5k Fun Run/Walk on April 30 to raise money to travel to D.C. For $35, participants were able to participate in the event and receive a shirt and food. All proceeds went towards the group’s travel expenses. The dance group described its invitation to participate in the Folklife Festival as a unique chance to represent Boise’s Basque Center, writing: “How beautiful it is that we are going to dantza in our traditional costumes in our nation’s capitol, on the very day we are celebrating the United States and the freedom that allowed our ancestors to immigrate here and become the great people they were?”

In addition to large fundraising events, various groups have created GoFund Me pages in order to raise money. Through this website, Gauden Bat has raised $400, and the KCBC has raised $890. To donate to either of these groups, go here: Bakersfield  and Chino.