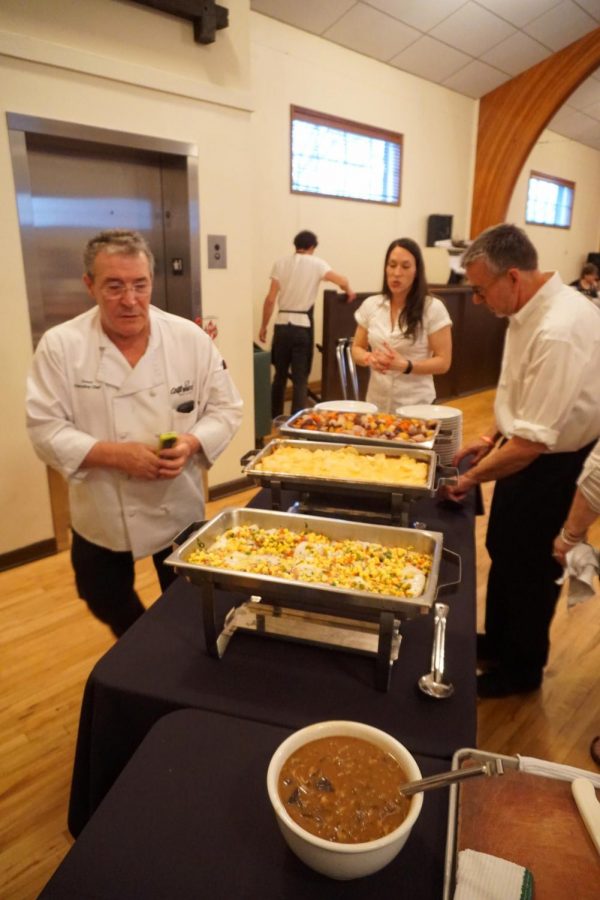 Some 200 supporters from across the state attended the dinner and fundraising auction Saturday night and the reviews for Chef Jesus Alcelay’s French surf and turf menu were rave to say the least.

Eugene de Laveaga, of Star,Idaho, said he loved the halibut with mango salsa and bechamel sauce, but noted there was also perfectly cooked prime rib with a wild mushroom jus on his plate.

More important, he said, was the opportunity to support the museum and cultural center.

“It’s the rock that centers us all on our history, the old country and our background, and makes it real for those of us who have been American for several generations,” De Laveaga said. “We can reach back through the museum and know our history and know something about our people.”

A baritone singer in the Basque choir, Biotzetik, De Laveaga said he visited the Basque Country with his son and daughter, 2014. It seems that many Boiseans of both Basque and non-Basque descent have made that same pilgrimage to the old country, including Wes and Andie Gibson, who also attended the fundraiser.

“We’re not Basque but we’re Basque lovers,” Andie said. “We had a blast tonight and the food was amazing.”

In addition to the fish and beef with mushrooms, Chef Alcelay served a green salad with watermelon, raspberry and gorgonzola and side dishes of potato gratin and braised rainbow carrots. Passed appetizers, both perched on thin toasted bread, included a potato and tuna salad topped with pimentos and another crowned generously with iberico ham, dried fig, fig jam and goat cheese.

Dessert was a shortbread crust topped with salt caramel, whipped cream and chocolate.

Rosie Williams and Barbara Blackburn, both of Boise, said they’re happy to help the cause.