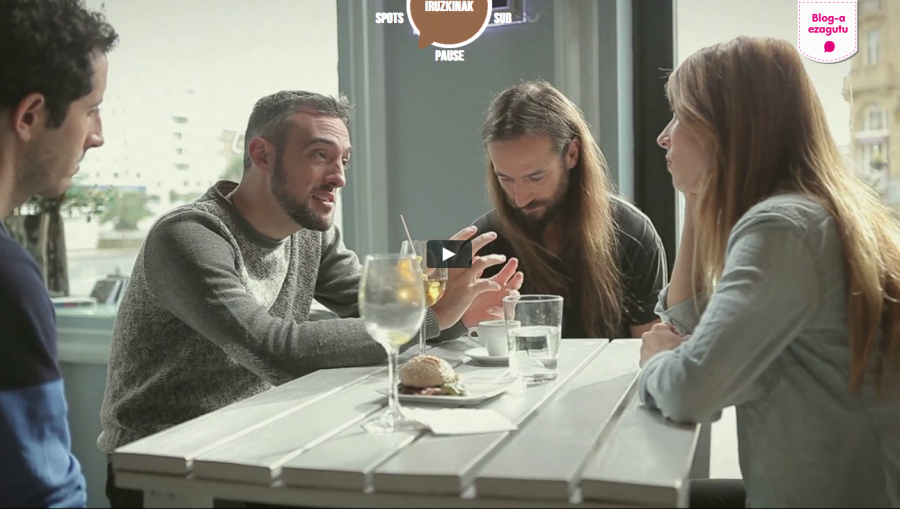 Common sense tells us that immersion is the number one way to learn a language. Immersion means living or spending time in a place where you are surrounded by people speaking the language you want to learn.

Most of the children who entered the school at the beginning of kindergarten were verbally fluent after only a year or two in the program. Of course, their vocabulary was not extensive, but they could communicate in Spanish. They had learned the basic grammar rules simply through immersion.

Buy this on Amazon

I am sure most of you have seen examples of this in our own Basque community in which families speak to their small children in Spanish, French or Basque, and the children quickly become fluent in that second language. Many Basque-Americans first attended school speaking little or no English.

Granted, children are sponges when it comes to languages. For parents living in the Boise area, they have a wonderful option to put their children in a Basque preschool, Boiseko Ikastola

However, it is a completely different task for an adult to learn another language. But based on the experience of immigrants throughout the world, we know immersion works.

Educators in the Basque Country have anticipated this desire for immersion and many Basque immersion schools – known as barneteguis — already exist. (Watch for a future post on this topic.) The problem is that most of us who want to learn Basque don’t have the ability to travel to the Basque Country and immerse ourselves in such a setting.

I conducted a search for “learning Euskera online” and found this website, Posiktibity, which records some clear conversations in Euskera. Poziktibity chose some fairly well known personalities (the band Kalakan and professional soccer players) to carry on the conversations. However, even with the Spanish subtitles, I could not understand anything they were saying. I, and many of you, I’m sure, have sat at a table with relatives speaking Euskera, not understanding a word. I experienced this many times, with my father and his brothers and sisters. It’s not enough to hear it. It has to be used in context, so you can understand what is being talked about.

Immersion in Basque at Home is Stymied
600 Basque words

Several companies offer language learning programs for you to buy and learn at home. The website Language Learning Software is extremely informative and offers in-depth descriptions and reviews of the top language learning software programs: Pimsleur, Rosetta Stone, Rocket and Transparent. The site appears to be run by Sarah Lorenz, who describes herself as a blogger and language learning nerd. However, according to the website, none of these programs offers language learning in Basque.

I contacted the Pimsleur program by email about this. They said “a Basque language program is not on the schedule for the foreseeable future,” because of insufficient demand. However, they added, “please note that it takes two years to develop a program, with a cost of about $200,000 so there has to be sufficient interest to develop a program. We also keep track of all requests that we receive. If you know others who would like to see a Basque language program, I would refer them to the following link in order to let us know that they would like to see such a program. Nothing can match the power of real users making themselves heard.”

Based on the info from LanguageLearningSoftware, Pimsleur is on the high-end, price-wise of the programs, along with Rosetta Stone and Tell Me More. See comparison of price and ratings here. So learning at home has its price.

Another website, Learning101, claims it does work, but not as quickly as the company claims.

My research on these learn-on-your-own programs will continue and I will let you know as I update information here. I plan to contact all the language learning software companies to see if they might consider adding Basque to their repertoire.