Not Even the Rain Could Dampen Spirits at the Bakersfield Picnic 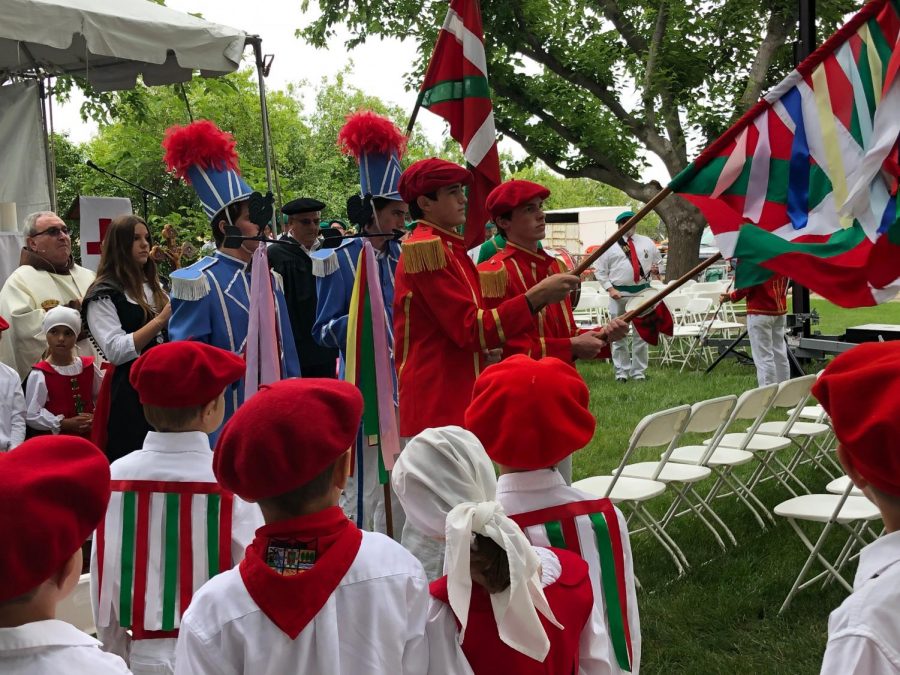 The 47th annual Kern County Basque Festival and the annual summer NABO convention coincided this year, creating a blockbuster three-day event May 23-25 that brought in people from all over the West. Not even rain and cool weather were able to dampen the epic party. The rain didn’t start until Sunday afternoon, but continued off and on that evening, forcing the evening dance indoors.

Victor Cotera said he has been cooking the lamb stew for the festival for 41 years and he never remembered seeing such wet weather at the festival. “It’s the first time I see rain here,” said Cotera, who cooks for the Woolgrowers restaurant.

Indeed, most years, the biggest issue is the heat, which frequently ranges from 90 to 100 degrees. Rain had been predicted since early in the week, but club officers pushed ahead with their plans anyway, hoping the scheduled rain might not show. They put up a large canopy near the outdoor bar just in case. The picnic attracts 2,000 to 3,000 people every year and most of the activities take place outdoors around the club’s handball court and tree-shaded grassy picnic area.

A meeting with delegates from more than 30 Basque clubs and organizations that are part of the North American Basque Organizations took place on Friday at local restaurants. NABO coordinates numerous Basque events that bring the many member clubs together, such as the Basque summer camp and annual mus and pilota tournaments.

A mus tournament and a few handball games usually make up Saturday’s schedule at the Kern County Basque Festival, but because of the NABO convention, a junior mus tournament and pilota finals were added to the lineup, and the evening, which stayed dry, included a tri-tip dinner, folk dance performances with dancers from Bakersfield, Chino and San Francisco, plus dance music by Luhartz, all on the outdoor court.

Despite the dark clouds, Sunday’s regular schedule, including the mass, continued through the morning and into the afternoon without a hitch. But in the afternoon, as dancers performed and then as handball players from the Basque Country took to the court, hard rain fell and cold wind blew. Ardent fans crowded under the covered bleachers. But the players were having a hard time playing on the wet cement, and the game was cut short. The pilotaris came back after a bit and finished the game, but most festival-goers had moved indoors due to cold wind. In the evening, Amerikanuak and Luhartz played to a mostly young dance crowd inside a crowded clubhouse.