Seven of Top 100 Restaurants in the World are Basque 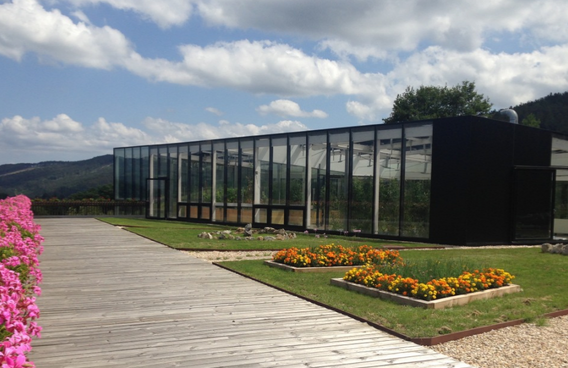 Azurmendi was selected as most sustainable restaurant in 2018.

Asador Etxeberri is currently ranked as the top Basque restaurant in the world. It jumped from spot No. 10 to the third spot on the global list. Located in the Atxondo Valley in Bizkaia, the restaurant specializes in food cooked over an open grill. Chef Bittor Arguingoniz was raised in the tiny nearby mountainous farming community of Azpe. According to the restaurant’s website, Arguingoniz is self-taught and has only worked in his own restaurant, developing his grilling method himself. The restaurant uses local woods for its grills. One Michelin star. A book on the restaurant’s grilling method’s was published in 2017. Click here to buy Etxebarri.

READ What is the Basque Country?

Recycled materials were used in the building of the restaurant in 2012 and the building works with geothermal power, solar panels and recycled rainwater. The restaurant composts its waste locally and picks up its produce from local farmers. Three Michelin stars.

This restaurant, located in the small seaside town of Getaria halfway between Bilbo and Donostia, is famous for its grilled turbot fish, served whole. The grills are located just outside the dining room. Fish soup, richer and darker than any you have tasted before, are also a must-have. One Michelin star. It made the biggest jump, from No. 77 to its current spot.

Nerua, the restaurant located inside the famed Guggenheim Museum, moved up from No. 57. Chef Josean Alija serves modern dishes based on local produce, which the top Basque restaurants are known for. The location is part of the appeal. One Michelin star.

The restaurant’s fame began under Juan Mari Arzak and continues today under his daughter, Elena Arzak. Juan Mari was responsible for the culinary revolution begun in the 1970s that is known as new Basque cuisine,

Click here for the history of the family restaurant, which was built on a hillside overlooking Donostia in 1897 by Juan Mari Arzak’s grandparents and started as a wine shop and tavern. Three Michelin stars. This restaurant dropped down the list, from 2018’s spot No. 31, being surpassed by Elkano and Nerua.

Chef Martin Berasategui owns several restaurants around the world and has eight Michelin stars to his name. This restaurant, outside of Donostia, was his first restaurant, which he opened in 1993. He started cooking at his parents’ restaurant in Donostia, Bodegón Alejandro, where he earned his first Michelin star at the age of 25. Three Michelin stars. The restaurant dropped down on the list from 2018. Perhaps he is a bit too busy, opening more and more restaurants around the world. But at least he is making gourmet Basque cuisine more well known. Berasategui has written several cooking books, all in Spanish. Click here for “La Cocina de Martin”  with easier recipes.

Michelin stars are a rating system used by the red Michelin Guide to grade restaurants on their quality. The guide was originally developed in 1900 to show French drivers where local amenities such as restaurants and mechanics were, according to Wikipedia. According to the Guide, one star signifies “a very good restaurant”, two stars are “excellent cooking that is worth a detour”, and three stars mean “exceptional cuisine that is worth a special journey”. The listing of starred restaurants is updated once a year.

Check individual websites for the times the restaurants are closed.

According to the website, the selection process for the world’s best restaurants is based on an anonymous poll of more than 1,000 chefs, restaurant owners, food critics and other industry insiders from around the world. Each member gets 10 votes and at least four of those votes have to go to restaurants outside their region.