Sheepherder in the Far West, by Mattin Etchamendy 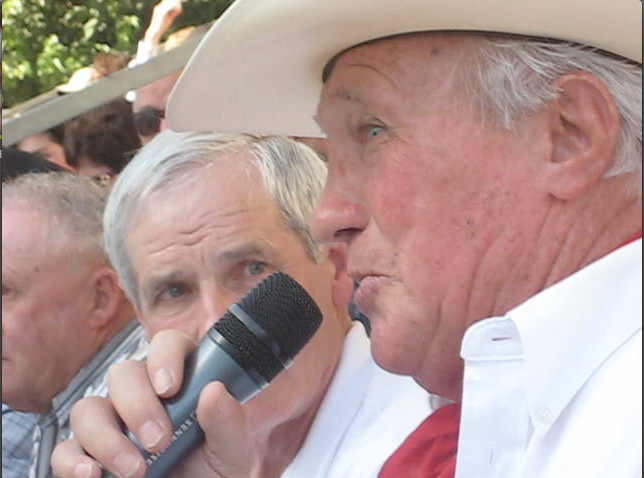 The book, Urruneko Mendebalean Artzain (Sheepherder in the Far West), published in the Basque Country, is written by well-known Basque sheep rancher Mattin Etchamendy, of Bakersfield.

I only know of one other real Basque sheepherder who wrote a book-length narrative of his life herding sheep in Idaho in the 1930s. That was Arriaundiaga, born in Lekeitio, Bizkaia. Etchamendy was born in Ezterentzubi, Behe Nafarroa, and while Arriaundiaga wrote in Spanish, Etchamendy writes in the rich Euskara (Basque language) of his hometown.

From Amazon: The personal
story of immigrant Joe
“Kashpar” Eiguren of Boise.

I started reading and writing in Basque in the 1950s, and I can say that Etchamendy’s story is unique. If you were born Euskaldun (Basque speaker), you know that he writes in a Euskara that is rare today, one that has never been detached from the Basque-speaking community. He writes in Basque because he thinks in Basque. Compare his command of Euskara to that of most current Basque writers, even prominent ones, and the disparity is glaring. Mattin’s writing has garo usaina (the aroma of fern) that connects us with the deep past of the oldest group of people in western Europe. Current Basque writers–99 percent of them–live in an urban setting and seemed to have lost that connection. Jean Flesher is currently working on a translation of the book into English.

One high note of Etchamendy’s story is realism. There are a handful of published sheepherder stories out there written by people for whom sheepherding was marginal at best. Mattin has been around sheep all his life, and still owns sheep today. You cannot get any closer to the subject than that. 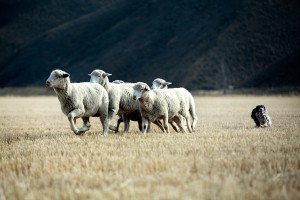 He begins with his childhood life in Esterentzubi, in a tight-knit bosom of a loving household of seven. Mountains surrounded the small farmstead, where the family eked out a life of subsistence. That’s where Mattin’s love of family, community, and nature was born and nourished. As any young farm boy, there were many chores to do every day, and some days his father sent him to take care of the small flock of sheep the family owned. He had an early start at what would define him for life.

Etchamendy is very poignant when as a young man he realizes the changes taking place in Basque rural society, from self-subsistence farming to that of a cash-based one. If he wanted to socialize and take a girl out, he needed cash, but often he found himself wanting. The farming lifestyle that he had learned from his parents generated little cash. That’s when he started thinking about emigrating to the USA, after all, almost every family in Ezterentzubi had at least one member in America’s Far West.

After some painful goodbyes, we find Mattin in the desert of Arizona herding sheep for his older brother Jean. Seemingly, Etchamendy felt right at home in a state with a Basque name (Aritz ona, good oak tree), but coming from a verdant rain-soaked countryside to the sun-drenched desert required some adjustments. He tells of many incidents when taking care of the woolies demanded quick–and some times painful–decisions. One could be a good or bad sheepherder, but Etchamendy never wavered from his duties and most years, he raised fat lambs.

Arriandiaga may have been a sheepherder but he wrote that he always dressed like a cowboy, packing two guns, like in the movies, which did not save him from having quarrels and shoot-outs with some vaqueros. Etchamendy arrived three decades later and tells of friendly times with the Arizona cowboys; they drank together in lonely waterholes, attended the same Saturday night dances, and helped each other when needed.

After several years, Mattin and his brother bought a herd and headed into the desert in search of fortune. As Etchamendy writes, there were good years and so-so years, but they managed to hang on, bought more ewes, and eventually accumulated a small capital. Etchamendy shares some secrets for his success: He is an optimist and friendly by nature, he has an unerring confidence in himself, he trusts people, and he loves America.

Mattin took some time off and returned to Ezterentzubi to spend some quality time with his father and family, and in the meantime he found himself a wife, Maitexa, in Baztan.

Etchamendy is also a singer and emcee at Basque festivals.

The next stage of Mattin’s life entailed more than just Arizona desert and sheep, because he moved to Bakersfield, California, when he discovered that renting pasture in the fields of the Valley was profitable. This is the most important part of Etchamendy’s life. He bought a place there, and then some more. He tells a funny story how one time a neighbor farmer called him and sold him additional acreage while he, Mattin was on vacation in Nafarroa. There, he raised his four children, who now are married and have their own children.

Many Basques know Mattin Etchamendy with his white cowboy hat and red bandana. He raises sheep and grains in the California valley, but takes time to attend many Basque picnics, which sometimes he emcees. More importantly, he and Maitexa made sure that their children grew up in the Basque tradition.

Love of family, sheep, nature, country, and Basque American culture is what this unique book is all about. Esker mila, Mattin.

PS: Mattin reminded me that I planted in his head the idea to write this book. It happened at the Hamburg Airport, when we were traveling to the Artzain Mundua in Arantzazu, Euskadi.