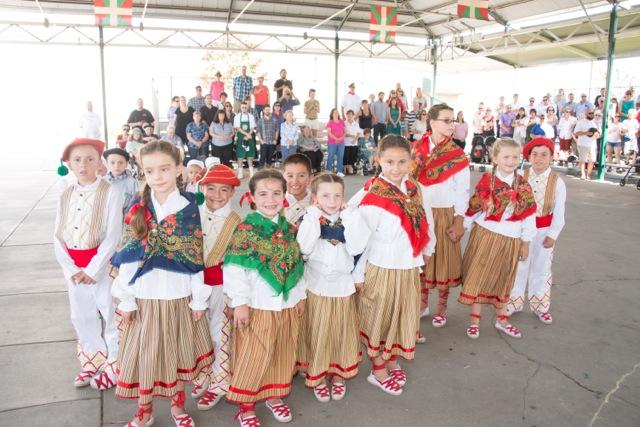 The annual convention of the North American Basque Organizations will be hosted by the Southern California Basque Club in Chino, Calif. this coming weekend.

Gatibu, a rock band from the Basque Country, and the Jean Flesher Band, from Salt Lake City, will provide music for the event, which starts Saturday July 2 with a barbecue steak dinner at Brinderson Hall at the Chino Fairgrounds.

A video history of the Southern California Basque Club which is celebrating its 70th anniversary will be shown and many of the club’s long time members will be honored. Gatibu will play after dinner.

On Sunday, July 3, the club picnic, also at the fairgrounds, begins with a Basque Mass, followed by a traditional Basque barbecue lamb lunch. Folk dancers from Chino’s Gauden Bat group and visiting San Francisco Zazpiak Bat Dancers will perform in the afternoon, followed by an evening of dancing with the Jean Flesher Band.

On Monday, July 4, the Centro Basco restaurant will be serving a traditional Basque breakfast that includes eggs, chorizo and bacon. Centro Basco is located at 13432 Central Ave. in Chino.

Delegates from Basque clubs from around the U.S. will be attending the convention, which is an annual summer event that rotates to a different club every year.

The fairgrounds are located at 5410 Edison Ave. in Chino, Calif.