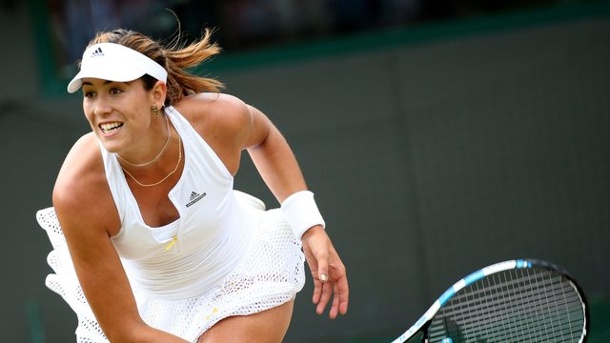 Muguruza is the daughter of Venezuelan Scarlet Blanco and Spanish-Basque Jose Muguruza. Her father is from Eibar, Spain, in the province of Gipuzkoa. After being born in Venezuela, Muguruza moved with her family to Spain, where she quickly discovered opportunities to learn and play tennis. She told the magazine Elle, “You look back at your family –- we changed countries, changed everything just because of tennis.”

“Muguruza suffered defeat to the younger Williams sister, Serena, in this same fixture back in 2015, but ESPN confirmed the 2016 French Open winner claimed another accolade by getting the better of veteran Venus,” according to the Bleacher Report.

During the first set, Williams and Muguruza fought a close match, equally dominating one another. However, the second set brought an easy defeat to Williams, granting Muguruza the trophy. “She double faulted on a Muguruza break point on her opening serve of the second set, and Muguruza easily held to go up 2-0. She then broke Williams again with a beautiful backhand winner and held again to go up 4-0 in the set,” reported SB Nation on the match.

“Garbiñe had the option of choosing to represent Venezuela or Spain. She ultimately chose Spain,” said heavy.com.

Muguruza is the second woman of Spanish descent to win a Wimbledon tittle for the singles, where she ended Williams’ chance to add a sixth title to her name.

The Basques Popularize Pelota in the U.S.