Tips for researching your Basque heritage 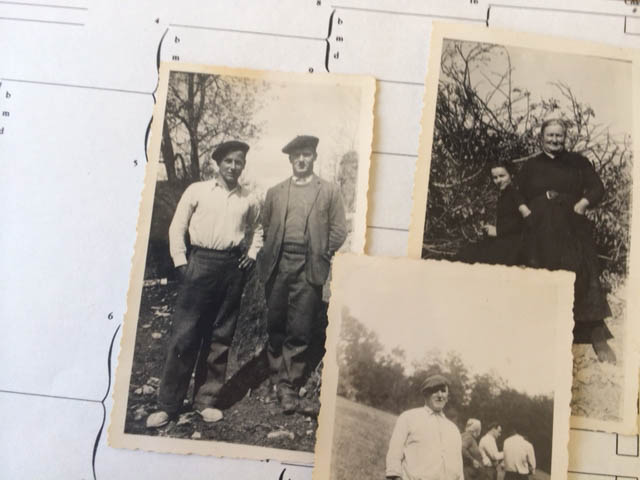 Old photos are keys to your family tree.

Are you researching your Basque roots? Have you just found out you have a Basque surname? Do you want to know more about your Basque ancestry?

Basque family names developed from the location of the family’s original home. For example, Etxeberri, one of the most common Basque last names, means “new house” and was originally connected to a longer version of the name citing the neighborhood or hamlet the house was in.

First, you can learn about the origins of the Basques, on this page from the North American Basque Organizations (NABO).
What is the Basque Country?

The following websites may help you in your search for your Basque ancestors. The list includes several websites to locate official documents such as birth or death certificates. You might want to start with determining if your relatives came from the French side or the Spanish side of the Basque Country. One place to start is at the StatueofLiberty.org. This website, which can connect you to thousands of historical documents that reflect the arrival of many immigrants to the United States, can help you with your geneological search.

The spelling of the last name can give clues. Basque spellings have only been standardized since the unified Basque language known as “Batua” was created in the 1960s. Spanish versions of Basque names often include “ch” instead of “tx.” French versions will sometimes include “v” instead of “b,” “ç” instead of “z,” and “tch” instead of ‘tx,” although none of these rules are hard and fast.
First names may also come in a variety of options. John in the U.S. may have started out as Juan, Jean, Jon and even Manes!

*Note: All the websites can be translated using the Google Translate Application, if navigating with Google Chrome.

Basque Country and around the world:

– Genealogy Research and Help Group for Basques from the French side:
Discussion group on Basque genealogy (Language: French)

Create your own family tree with the highly rated Family Historian software via Amazon. This software helps you create charts of descendents and ancestors, add photos and create booklets. It’s considered the top software for beginners and those who are not tech savvy.

– Hispagen Forum:
Informational forum on the family archives of the Autonomous Community of the Basque Country
(Language: Spanish)

– Archbishop of Iruñea-Pamplona and Tutera-Tudela:
Contact information for the Archbishop
(Language: Spanish)

Bizkaia:
– Historic Ecclesiastical Archive of Bizkaia:
Data extracted from sacramental certificates of baptism, marriage and decease, from 1501 to 1900, of the 210 parishes of Bizkaia
(Languages: English, Basque, Spanish)

Araba:
– Historic Diocesan Archive of Vitoria-Gasteiz:
Data extracted from sacramental certificates of baptism, marriage and decease, until 1900, of the whole province of Araba(Languages: English, Basque, Spanish)

– Hispagen Forum:
Informational forum on the family archives of the province of Araba
(Language: Spanish)

Buber’s Basque Page offers many tips for how to research your Basque genealogy.

Wikipedia’s entry on Basque Surnames
An extremely helpful page with background on how Basque last names developed, how spellings changed over time and an explanation of the connection to the location of the family home.

The Basque Library, University of Nevada Reno
An incredible extensive list of links to useful Basque internet resources, including many on genealogy.

Tips for a google search
An extremely helpful page on how to get the most out of your Google family search.