Twitch Campaign is the Latest Attempt to Promote Euskera Online 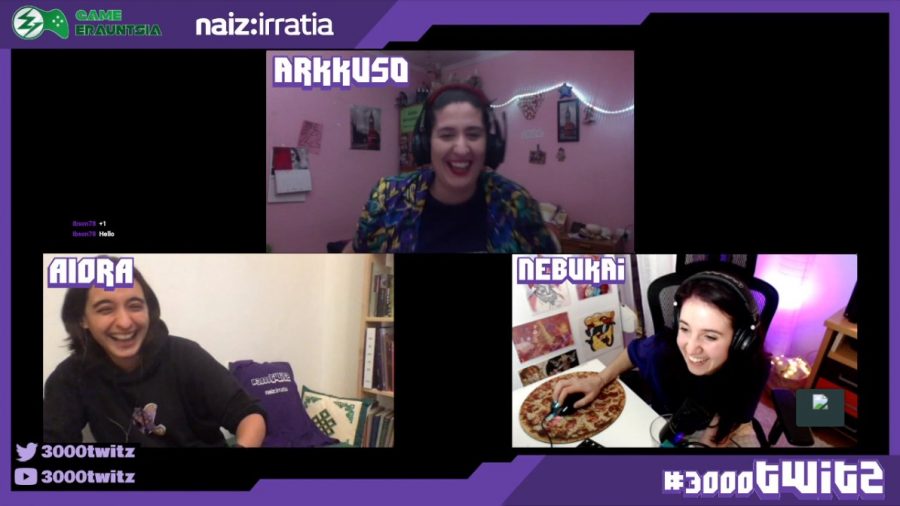 The ongoing campaign to promote the use of the Basque language, Euskera, online is taking a new twist with a request to have Euskera included in the options for Twitch, a popular video streaming platform used mostly by video gamers.

People do not have to speak or know Euskera to vote. However, they do need to have a Twitch account. 3000Twitz is hoping mostly to reach Twitch users, but for those who aren’t, they can still vote simply by creating an account.

Vote here
Through the Twitch app and online at Twitch.tv, gamers who broadcast their matches, known as streamers, play their favorite titles while providing running commentary on the action. There are also other kinds of streamers who use the program for other activities like music, board games and art .

Already, some of these gamers are providing commentary in Euskera, but it is extremely difficult to find them, explains Maitane Junguitu, representative for Game Erauntsia, a company that promotes video games in Basque. Game Erauntsia is running the campaign, which is sponsored by the radio program Naiz Irratia.

“It’s simple for them for them to add one more language, but for us, it’s so important,” said Junguitu, noting that Twitch already can be navigated in 34 languages. The only way to find people speaking in Euskera on Twitch now is if you know the specific user.

Catalan speakers were able to get those votes and add their language, said Junguitu.

At midnight, Dec.5, which was 3 p.m. Dec. 4 Pacific time, the campaign started a 24-hour marathon, streaming in Euskera.

“We are having some chatting, the big final of a video game contest with Basque speakers and participants (the Rocket League) and five different streamers playing video games,” said Junguitu.

Some Twitch users who stream in Euskera:

Info in Basque on the campaign

This is a tutorial created by Game Erautsia on how to become a Twitch streamer — in Euskera.